When New Zealand lamb is eaten in Manchester, who's responsible for the emissions generated from farmyard to fork? Dr Joe Blakey explains why the UK's impact on climate change may be vastly underestimated.

Dr Joe Blakey describes himself as ‘a geographer through and through’.

“As a Mancunian, I have an affinity for the city,” explains Joe, who lists the Geography department’s world-leading research and thriving postgraduate community as key reasons for choosing the University.

“I also believe that Manchester is a really fertile place to do research.

“As [Stone Roses singer] Ian Brown once said, Manchester has everything except a beach. It’s a diverse place that often throws up the unexpected; there’s so much here of intrigue.” 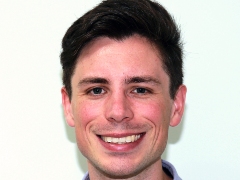 Joe’s PhD research, funded by the University’s Sustainable Consumption Institute (SCI), investigated the complex relationship between the measurement of carbon emissions (carbon accounting) and politics. Joe argues that we need more debate surrounding how we make sense of our carbon footprints and our responsibilities to reduce them.

His work challenges the assertion that the UK’s carbon footprint is stabilising – a dubious claim at a time when global emissions are rising dramatically.

An ever-decreasing manufacturing sector means that most of the UK’s goods are produced and transported from abroad. However, the majority of carbon footprint calculations only account for ‘direct’ or ‘point-source’ emissions – for example, those from chimneys or exhausts. This means that the UK’s sizeable role in the planet’s increasing carbon emissions remains uncounted.

Joe’s research explores how this ‘territorial’ method of carbon accounting – a standard set by the Intergovernmental Panel on Climate Change (IPCC) in the mid-1990s – helps to legitimise certain claims and makes others insignificant.

In general, Joe says, we pay attention to emissions from our energy mix and from transport within our borders, while emissions from goods produced abroad, investments elsewhere, and our aviation and shipping emissions, quite literally do not ‘count’.

“Consider the consumption of New Zealand lamb in the United Kingdom,” says Joe.

“Who is responsible for the carbon emissions from the rearing of the lamb and those from its transportation?

“There are cases to argue that both the consumer and producer play a part. You might also argue that the person who financed the farm is responsible too.

“There are lots of different ways of cutting the cake of global carbon emissions.

“The problem is, we typically count our carbon footprints in just one way and this has massive consequences for politics.”

Thinking about footprints in this way has huge consequences for the UK’s ambitions to have a net-zero carbon footprint by 2050.

"Imagine if we carried on counting this way and were transported forwards to 2050," argues Joe.

"We might well be celebrating reaching zero-carbon but we could still play a huge hand in global carbon emissions through our consumption, investment and travel beyond our borders.

"In a so-called climate emergency we should be pulling these levers too – but zero-carbon glosses over the wider role the UK can play." 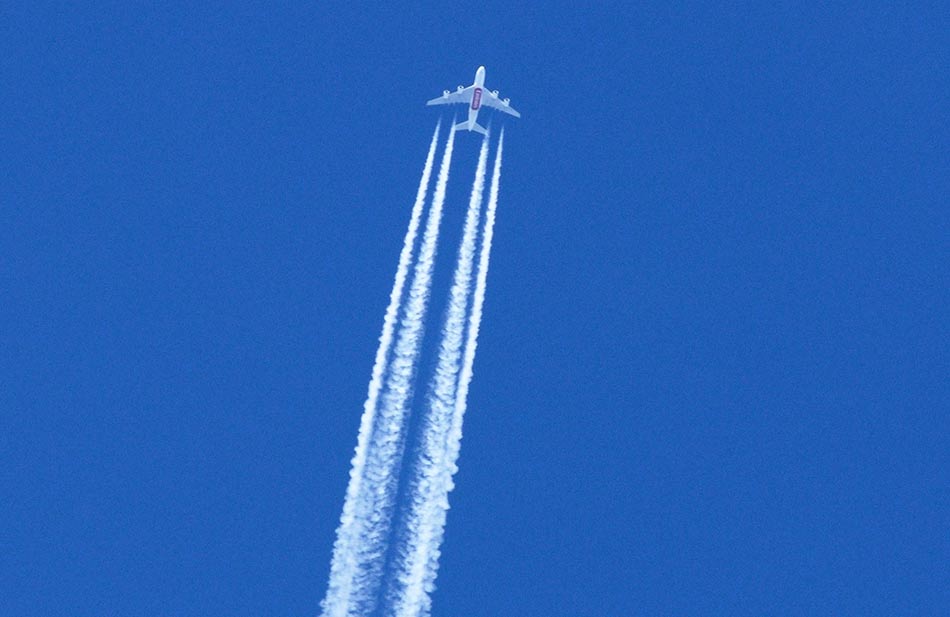 More than 200,000 flights arrive at and depart Manchester International Airport every year. But who is responsible for the devastating carbon emissions that these movements cause?

Joe’s research was inspired by a departmental seminar in his second year of undergraduate study. Kevin Anderson, Professor of Energy and Climate Change, explained how, alarmingly and despite the international consensus, the human race is heading for beyond dangerous levels of climate change.

At this time, Joe was also studying the course unit Nature, Society and Social Power, led by Prof Erik Swyngedouw – who later co-supervised his PhD with Dr Alison Browne. This course unit taught Joe the importance of thinking critically about power, politics and depoliticization – vital considerations when dealing with something as pressing and potentially contentious as climate change.

One year on, and Joe’s final-year dissertation saw him interview a local activist who explained that there were alternative ways to count carbon footprints. He began thinking, therefore, about the role of carbon accounting in decarbonisation politics and how international standards might ultimately limit what be argued about climate change.

“These ideas began to mesh together in my mind and my PhD project was the result,” explains Joe.

“My PhD was, in every way, the culmination of my seven years studying at Manchester.”

Dr Alison Browne encouraged Joe to explore how he could make an impact with his research, and so Joe began volunteering with the Manchester: CO2 Monitoring Group, which seeks to better understand the city’s emission levels and how they can be reduced.

After learning to carbon account, Joe conducted an inventory of flights departing Manchester International Airport. This allowed him to implement the ideas from his research, presenting different perspectives of responsibility that could be adopted for the airport’s emissions.

“The airport is geographically situated within the city’s border, so you might argue we should count for 100% of the emissions,” he explains.

“On the other hand, people travel from across the region to use it, so you might argue this isn’t fair.

“It’s a contentious thing to account for as there’s always an alternative angle you can take – but showing the airport from many different perspectives solves this, it allows people to debate the city’s role for themselves.”

This inventory considered emissions involving waste and transport beyond the city boundaries – emissions that, relying solely on the IPCC standard, would otherwise remain uncounted.

“There are lots of different ways of cutting the cake of global carbon emissions. The problem is, we typically count our carbon footprints in just one way.”

Joe hopes that his research can expand the political conversation around the UK’s carbon footprint – and the methods by which it can be reduced. Ultimately, Joe wants to raise the profile of other perspectives on our carbon footprint so that climate change can be tackled in numerous different ways.

“Showing the city’s footprint from many angles allows us to have a productive disagreement about where action should be targeted,” he explains.

“It’s not that there’s one ‘true’ perspective. There are different ones that are all valid – the problem is we just look at one.”

On behalf of the Manchester: CO2 Monitoring group, Joe has submitted written evidence to the Environmental Audit Committee inquiry into the Government’s 25 Year Environment Plan.

“The evidence published by the Committee highlights ways the government can support the production of locally-specific data on carbon-intensive processes and encourage alternative perspectives on our carbon footprints,” he explains.

“Such knowledge is obscured by conventional accounting mechanisms and the datasets they draw upon.

“These suggestions would improve the resolution and variety of ways in which we understand our carbon emissions, assisting in city strategizing.

“The hope is that support for alternative perspectives would expand the political debate on how we must decarbonise.”

Find out more about Geography at Manchester.